The World Tourism Day is a thematic event held every year on September 27, underscoring the socio-economic impact of tourism. Tourism is a hugely significant contributor to many economies worldwide. The 2013 official World Tourism Day celebrations will be hosted by the republic of Maldives: one of the world’s most biologically diverse countries and a major tourism destination, under the theme “Tourism and Water: Protecting our common future”. 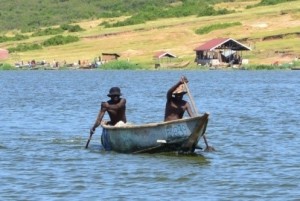 Uganda is one such country that owes enormously to the tourism industry which contributes approximately 10% of the nation’s GDP and is among the fast growing sectors in the economy. Uganda has also been listed among the top tourist destination areas by the travel host magazine thanks to its greatly endowed nature.

The Uganda national celebrations will be held in Fort Portal town: a place sandwiched in the beauty of nature and overlooking the mystic Rwenzori Mountains. Fort portal town is found in a place that has a fair share of both natural and water resources. The town is crossed by river Mpanga which has its source in the Rwenzori Mountains and pours into river Katonga. Fort portal is the heart of Kabarole district; an area dotted by nearly 30 beautiful crater lakes. They neighborhood is Kibale national park- an area that offers a purely natural experience and is also home for 13 primate species, hundreds of endemic bird species among other animals. The famous Bigodi swamp is also part of this national park. The day will centre on relationships between tourism, water and the green economy as well as the water usage constraints in the tourism sector. Water plays a cardinal role in the dynamics of nature and deserves priority as far as nature conservation and tourism enhancement is concerned. Uganda’s key touristic attractions are endowed with various water bodies that support diversity of fauna and also play role in climate stability. These water bodies are also habitats of various aquatic animals such as crocodiles, hippos and fish. Vivid examples include Bigodi swamp in Kibale national park: a habitat for over 200 bird species and over 10 primate species, Lutembe in Lake Victoria, the river Nile, Lakes Edward & George in Queen Elizabeth national park. Uganda is home for over 20% of all bird speci es in Africa most of which have breeding grounds in and around water bodies especially swamps. It is therefore important to note that ensuring safety of water and water bodies is pivotal in perpetuating the vast contribution of tourism in the world. Water bodies are facing the wrath of immense pollution and encroachment especially the swamps. There is need for a community based initiative to sensitize natives about the importance of water and water bodies. Communities can also be empowered to manage the wetlands in their place for sustainable domestic importance. It is everyone’s role to conserve nature. Let us commemorate the world tourism day by ensuring safety of water bodies in our vicinity.